Starting a long life as a potter in the sixties, absorbing Leach, Zen and the East,( though never in reality getting up to now nearer than Thailand,) the philosophy behind the idea of a Yumoni cup, beaker, what you will, immediately appealed to me. Not a ceremonial tea-bowl, but the cup you chose to drink your tea from every morning; the idea to build a relationship with a bit of pottery until it became an intimate part of yourself!
Much as I admire some of the older pots I've seen, I don't aspire to call my productions Yumoni, but rather inspired by them and the idea of them.
So far I've gone through, or rather, let evolve, many different forms, but always with the same amount of clay for some years; very recently I've jumped it up a few ounces. But maybe that'll give me too much tea? We'll see.
What, then, is my thinking in all this : the pot must be pleasant to handle - touch, very important with any useful pot; beauty (may I use that word?) of glaze and unglazed parts; ease of use. But also, and I think the most important , the ease of drinking; does the lip turn in, making drinking your tea uncomfotable ? Does it splay out too far, making the tea come at you like high-tide ? Or does the lip fit just under your lip? All about touch again.
Does the pot catch you in an unthinking early morning moment staring at it, seeing the subtile glaze, the cold heat of the fired clay? Or does it look like a misshapen clod? For all my wordiness here, this experience is without words.

But really what I think I"m after is something very, very simple: a cup that's comfortable in the hand - or two hands if they're cold; a generous lip and some unglazed parts around the foot to allow admiration of the coarse beauty of a hand-prepared clay, fired at high temperature. Sounds simple, doesn't it, but so hard to achieve!
A too timid curve of the wall; a too generous lip; a glaze not fully developed, all these and others, can eliminate many pots from the high standard I believe I'm looking for.
With each batch I'm trying at least one thing differently. One or two of the best of them get tried for my morning tea. This can go on for some days, but eventually they get put on the reject heap or put among the best (up until now) and I can get back again to my own cup.
Perhaps many would say they thought another was better. It is just a cup, of corse, but for me it's the one I know best and love. 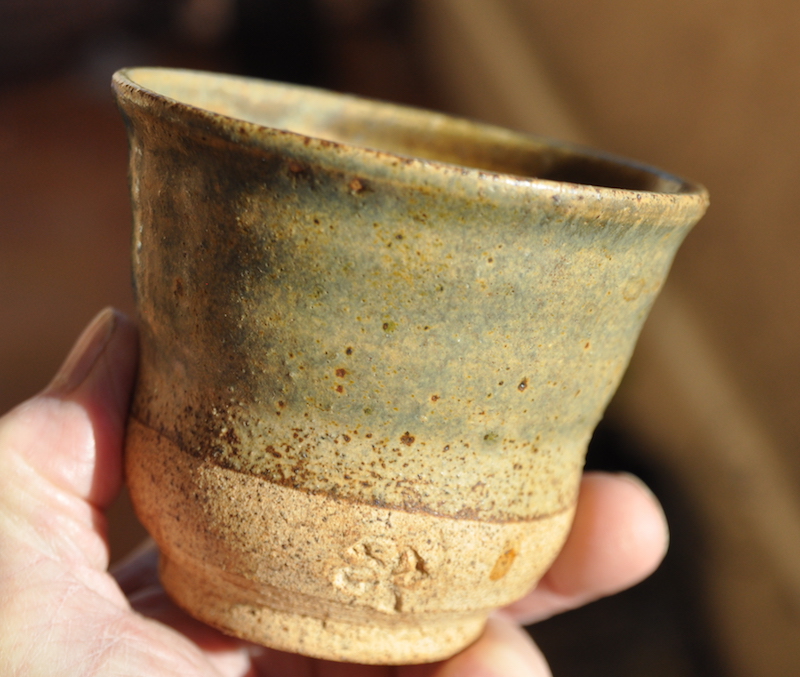 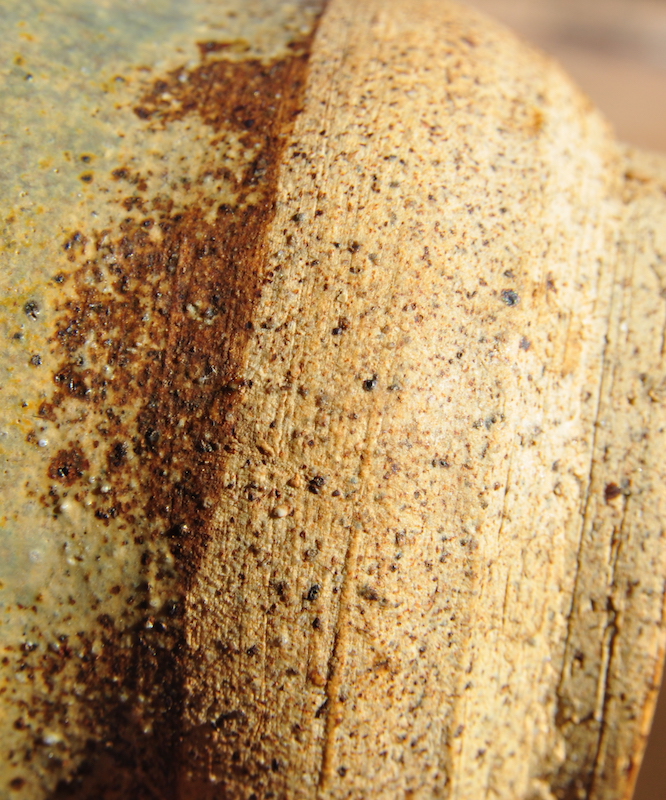 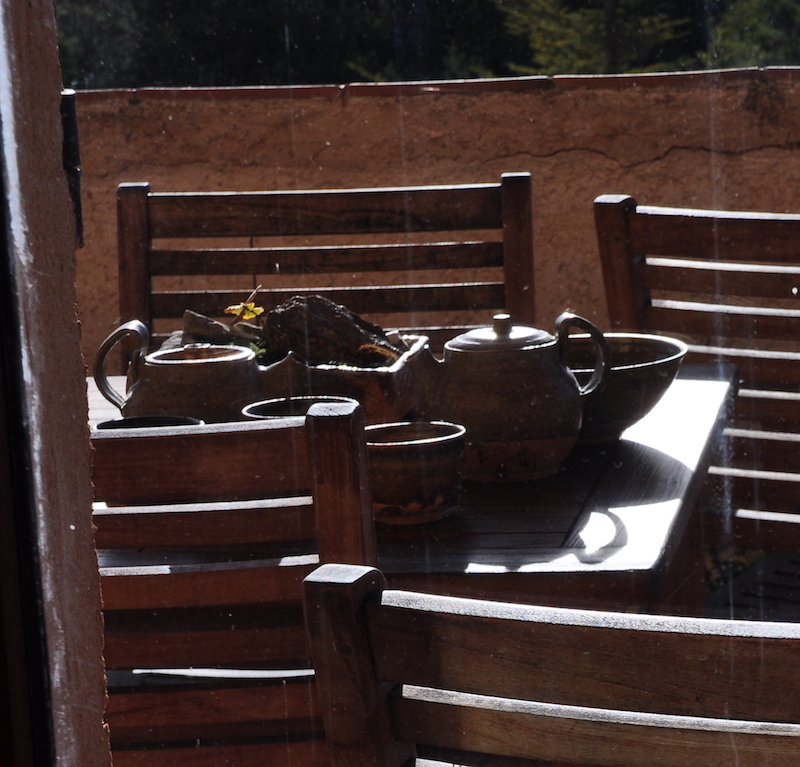 This is my second attempt to catch the way the low December sun catches pots on a table on my terrace.

I've now put my book up in Lulu.comin an Epub format, as well as .pdf for those who want to print. Unlike the .pdf version, however, now all the hyperlinks work as they did on the DVD some years ago.

Here's part of the introduction:

As the title is intended to indicate, this book is about how a potter can use a little geological knowledge to help him find his materials around him and also perhaps deepen what he may already know about his clay and glazes. It might also point him towards an understanding of, and possibly cures to, problems he may have. This is based on my personal experience--all those heartbreaks and joys I've had over the years.

Hello all, this is my first post here and I hope it's appropriate for your community. I have a set of ceramic mugs from the late 70s. They do not appear to be handthrown (too uniform) but are handpainted under a clear glaze. I inherited them from my grandparents so there is a great amount of sentimental value. Several of them have hairline fractures, and one has begun leaking from its fractures, so there's a high chance that the others will eventually develop leaks. I would like to be able to continue using them if possible. Is there any sort of food-safe sealant I could use on the inside of the mugs, to prevent leaks and possibly even strengthen the ceramic? Failing that, I'll put them on a shelf as display, but I'd rather be able to keep using them if possible.

Thanks for ANY advice you can give me. In the meanwhile, a picture of one of my own pieces:

Firing started at 7.30 am and finished at 6.30pm. This kiln uses pre-heated forced air and so is able to fast-burn large pieces of wood.

Jon watching the kiln at the beginning. ( more under hereCollapse )

in fact the third firing came out better than expected, but there were quite some oxidised or underfired. Today did the fourth and final firing and all went according to plan. Firing done in eight hours, cone 9 orton down, 10 bending - half-hour soak. Unpack late tomorrow, using the rest of the day preparing to go camping in the Vermont on Sunday, for a week, with no internet - will he survive??. Not so much done today except turning a few pots, drying the new wild clay and inspecting the new (first firing) gas kiln - the far-side one. We'll be doing the bisque firing in the electric one as soon as the pots are dry. Today off to buy more clay and perhaps some equipment.
(See my blog for earlier episodes http://ericrovve.livejournal.com )

The plates were glazed using the 100%, 80mesh Glauconite at 1290C°+/- reduction and, now I've got it thick enough, makes an interesting glaze. It takes a while to settle so to take off surplus water; hence my glazing too thinly last time. Also works well using it outside bowls and cylinders, with the standard woodash glaze on the inside. A close-up ( under the cutCollapse )